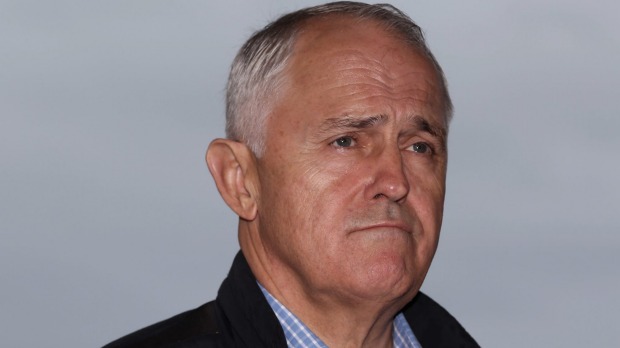 “This is a vile attack on freedom … an attack on all of us.”

“There are people outside our country and some within it who hate the freedoms that we enjoy and would seek to threaten them and undermine them with violence.” Malcolm Turnbull ABC 24

Just before “last call,” around 2:00am last Sunday Omar Mateen, a 29-year-old US-born citizen of Afghan ancestry turned his legally obtained AR-15 type assault rifle and his hand gun on patrons of Pulse a gay bar in Orlando, a place he himself had frequented for three years.

Forty-nine young people in their twenties and thirties, were killed while another fifty were injured in an horrific scene of unimaginable carnage.

Gun violence kills or injures 112 Americans per day and the Orlando shootings were one of 43 in the USA on Sunday yet the event has deeply shocked Americans, and caused many to search for answers, or, sadly, to air pet conspiracy theroies or inflict their dark Islamophobic ranting while similar outpourings and anguish from around the world including of course Australia.

Mateen was known to the FBI but Director, James B. Comey Jr., says that there had not been any indication that the massacre was part of a foreign-directed plot. Undeterred by reason or empiricism, mainstream media outlets are quick to make the same link New York Post which ran a headline “ISIS vs the US.”

In Australia, conservative media pet commentator and Senate candidate Pauline Hanson appears on Sky News as a terrorism expert, despite not knowing the difference in meaning between Islam and Muslims. And dogs as it turns out.

Although Mateen claimed allegiance to ISIS, evidence suggests that the shooting was a hate crime; the action of a disturbed and homophobic young security guard who was deranged and abusive according to his former wife, who had alarmed his colleagues with his past talk of violence and his homophobic hatred.

Leaders’ comments feed Islamophobic sentiment. For President Obama the massacre is “an example of the kind of homegrown extremism that all of us have been concerned about,” with a gunman who was inspired by radical material he found online.

No mention of course of Mateen Snr who believes homosexuals will be punished by God and who reports that his son was sickened by the sight of gay men kissing in public. Mateen Snr’s a regular sort of guy who likes to dress up in army uniform and post videos on social media campaigning for Afghanistan’s presidency although the poll closed a year ago.

Also campaigning rather less than successfully is Australian caretaker Prime Minister, Malcolm Turnbull. Like Pauline Hanson and Donald Trump, Turnbull is eager to exploit the tragic event as an opportunity to electioneer.

Rather than reach out to the victims in their suffering or acknowledge some of the tragic event’s deeper complexities, the PM is quick to resort to the over-played anti-terror card he has picked up from his predecessor, Tony Abbott.

“We stand in solidarity with the people of the US as they stand up to this terrorist, violent, hate-filled attack,” he says despite clear evidence that the tragedy is already causing deep divisions to appear in the US such as those between Democrats arguing for gun control and Republicans who focus on ISIS.

It is, Turnbull says, “a vile attack on our freedom” In this he aligns himself with Donald Trump who is proposing to ban immigration from nations with known terrorist connections. Turnbull may have come out as a feminist recently, but he wants us all to know he’s not soft on terror. He knows what’s going on in Orlando.

His sentiments are echoed by racist populist and celebrity politician Pauline “Please Explain” Hanson who may win election to the Australian Senate on 2 July. Hanson has released a video in which she uses “the latest terrorist attack,” as she calls it, to her political advantage.

“We have to take a strong stand against Muslims,” she says. A little further into her mind excursion, she compares the 1.6 billion adherents of Islam to dogs. Muslims, like pit bull terriers are dangerous. Neither ought to be allowed.

Malcolm Turnbull is no demagogue but he does manage to deliver a plausible Lynton Crosby, tough on terror, dog-whistling scaremongering script on how the senseless slaughter of at least fifty people in Orlando means that terrorists are after us because “they hate our freedom,” a meaningless but inflammatory phrase favoured on several public occasions by his predecessor.

The PM’s freedom-protecting performance plumbs new depths. Worse, his eagerness to identify yet another offensive by the forces of evil – to whip up xenophobia and Islamophobia is a disturbingly inappropriate and inept response to a tragedy which calls for empathy and compassion.

On his first attempt at a statesman-like response, he has no solidarity, no common cause with a suffering community. He cannot even bring himself to acknowledge that the killings took place at a gay night club, a lapse quickly brought to his attention, yet one which it is impossible now for him to rectify.

Nor is his public record on gay rights anything but disappointing. While the PM is happy to be photographed in his best causual pink shirt with participants in Sydney’s iconic Gay Mardi Gras, he is not prepared, despite his earlier pose as a progressive, to advocate for gay marriage.

He cannot even protect Safe Schools, a voluntary resource to support the teaching of tolerance of gender difference and diversity of sexual orientation which is now all but shut down by his right wing colleagues. Nor is he prepared now to call the violent and extreme homophobia inflicted upon the innocent victims of gay bar in Orlando for the hate crime that it is.

The PM’s narrowness is disturbing. Alarming. But then, it’s meant to be. “Our way of life,” that homogenous, monolithic entity of football, meat pies, kangaroos and Holden cars is at stake.

Our way of life? In reality, of course, we are a diverse nation with a myriad of affiliations, allegiances and cultural backgrounds, a million and one ways. But there’s nothing like a quick pogrom against the outsider to unify us; help us rally around the flag in an ersatz, sentimental mindless nationalism.

Some of us now drape ourselves in Australian flags, cover our faces and proceed out into the street to jeer, punch and kick to Reclaim Australia.

Turnbull’s comments are calculated to inflame the sources of the type of violence seen in Coburg, Melbourne between anti-racist and anti-immigration demonstrations recently where men kicked grappled and punched each other before being separated by police in riot gear.

Investing in division pays political dividends for conservative parties. Whilst George Brandis’ amendments to 18C of the Racial Vilification Act 197, may have failed, hate speech still has more than its fair share of supporters in this government. It’s a handy tool for petty demagogues, provided you don’t mind the damage it causes.

So far the PM’s actions have been a shamefully cynical attempt to exploit the suffering of those who were injured or killed or their friends and families for his own narrow political gain. He can boost anti-Muslim sentiment along with all manner of other bigotry and appear tough on border protection in one.

He did this earlier this year, to much international censure, when he publicy warned Europe that the Syrian refugee crisis may be exploited by terrorists. Perhaps this explains why we have accepted only a handful of the Syrian 12000 refugees Tony Abbott promised to accept last September but which now turn out to be only those 1-3 % of Syrians who are members of Christian minorities.

It takes time, as the head of the Refugee Council has pointed out in disgust to cherry-pick the right type of refugee.

Turnbull must appear a strong leader at all costs. Those Australians who must daily endure prejudice, ignorance and hostility, whom he has a duty to protect can expect to suffer increased intolerance and Islamophobia, state-sanctioned by dog whistle.

Clearly the aspiring Prime Minister cares more for his own campaign than for the victims or for all those who now in this lucky country must pay the price of his incitement of racial hatred and irrational fear of the other.

Like Tony Abbott before him, he never stops to consider the damage his senseless inflammatory remarks may have on individuals and communities in Australia, especially in migrant communities and in all the other many places our social fabric is already stretched to breaking point.

Campaing experts, such as Lynton Crosby recommend fear. A bit of hysteria about the imminent invasion of ISIS, as in Tony Abbott’s disgraceful “they are coming for us” makes us lean towards voting for a conservative candidate in the polling booth. But it also runs the risk of backfiring.

Doubtless Turnbull was just following orders in his Orlando nonsense. If Malleable Mal is putty in the hands of his homophobic right wing, Lynton Crosby will be irresistable. Yet Turnbull does himself and his campaign cause no favour to allow his campaign director’s penchant for cynical fear-mongering to sway his own reason and judgement.

But, then as we saw with Godwin Grech, and as we saw recently with his social media video homage to his father Bruce, an embarrassing and demeaning special pleading that we would look more favourably upon him because of the poverty and maternal deprivation he suffered as a child.

Despite it being a pre-requisite for any kind of leadership, Judgement is not Malcolm Turbull’s strongest suit. Nor it seems is assertiveness.

While you won’t hear Pauline Hanson complaining nor any of the other Islamophobes standing for the senate, helped by the double dissolution Turnbull had to have many other more reasonable Australians are daily disappointed in Turnbull.

Voters had hoped for a more enlightened statesmanship from Tony Abbott’s successor, a man who promised reasoned dialogue and consultation only to be fobbed off with business as usual from his government which, as his cynical and wretchedly inadequate response to the atrocity of Orlando shows, is all too keen to continue his predecessor’s politics of intolerance, fear and division.

6 thoughts on “Turnbull sides with Trump and co over Orlando shootings.”