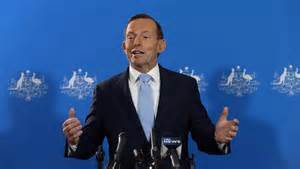 Snatching victory from the jaws of disaster, whilst providing an instructive and much-needed illustration of the type of leadership a real politician can provide, US President and orator Barak Obama gave his inspiring, highly acclaimed climate change ‘off-G20’ address at Queensland University, a change of venue and strategy necessitated by Australian Prime Minister Tony Abbott, a self-professed climate change sceptic who, Canute-style, had issued an edict to bemused world leaders that climate change was off the ‘major’ G20 agenda. Obama’s speech pointedly personalised climate change with references to drought, increasing university fees, the decline of the Great Barrier Reef, the case for same sex marriage amongst other Abbott government pressure points.

Abbott’s backup artist, cuddly muddle-headed wombat Joe Hockey, another political Walter Mitty, and erstwhile personable, blokey, breakfast television boofhead, made a further futile attempt to rescue his leader from his own stupidity by kicking yet another own goal the following morning on national TV.

In a disturbing attempt to contextualise his perspective for TV audiences, ‘we are doing the best we can, Barry’, Hockey explained straight-faced he had not ‘caught’ Obama’s speech because of his own ‘hard work on the treadmill’. Virtuous, hard graft, it seems, prohibited any decadent indulgent frippery such as “the vision thing’. Viewers were also meant to swallow the whopper that Obama’s complete upstaging of Abbott’s show could ever conceivably have passed him by. Treadmill or no treadmill. Or his staff. Or that there would be not a transcript available. In advance.

Reprieved from talking about anything significant, Hockey then proceeded to claim that climate change was no impediment to world growth. ‘Look at China’. Indeed. Viewers were instead transfixed because Joe appeared to have gone the full Menzies eyebrow makeover in his latest personal grooming session, giving the impression of two sceptical crows disturbed by the ruckus below and about to take wing, completely upstaging the otherwise sound work the Treasurer was putting into supportive facial expressions. No impediment? One only hopes he notifies Greg Hunt. Save billions on direct action.

A shoo-in already for nomination in the highly contested Darwin award for his performance yesterday, Abbott will clearly go down in history as some type of pioneer. In future, supposing the G20 survives his concerted attack on its already shaky foundations, ‘off G20’ will become the real G20. Anything of interest, substance or anything remotely worthwhile, will take place off-G20 where real people who are also political leaders will genuinely engage with real issues before appreciative audiences. Obama’s words will live on. Abbott will be remembered, if at all, for other reasons.

‘It’s my party and I’ll cry if I want to…’, Abbott, succeeded only in snatching disaster from every conceivable opportunity and even further afield, by hi-jacking his own G20 show and the attention of the world, for domestic purposes, clumsily framing his ‘leaders retreat’ as a type of DIY therapeutic AA style confessional.

Leaders were mystified, angry and embarrassed rather than edified by the PM’s descent into that most private of personal hells – his own sinkhole of self-pity. Abbott’s contribution to leadership was to initiate a tacky process of over-sharing by airing a revealing story of his own, consisting of some badly edited selected highlights chosen from the vast wealth of his own political ineptitude. If I could kick off, he began, deploying a venture into Ozzie colloquialism which, like his talk would be lost in translation.

Unabated, Abbott then went off the cuff over carbon tax, illegal boats, roads, (his government apparently has discovered them) and getting the budget under control (a lie about another lie) before talking about how hard it was to get people to pay for a doctor or pay through the nose for a degree. It was a clumsy attempt to secure a global endorsement for Joe Hockey’s second bite at the budget cherry. Other power-hungry mediocrities, narcissists and Adlerian psychopaths assembled in the room, yawned, snatched a power nap or looked away in sheer disbelief, disinterest and disgust.

‘Bury me when I need publicly to tell other leaders my first year of failure’, Putin is believed to have muttered in contempt before resuming his jottings on calibrating the range of sea-borne tactical nuclear warheads. Abbott, however, thus ensured his own special place in history as the antipodean political bantam who fell asleep in public dreaming aloud of being a rooster. He would be forever, however, reviled by world leaders as a prime time waster and flashy narcissist, the excessively matey man in the tight shiny suit with the extreme comb-over who grabs your hand, holds you to his chest and breathes down your throat while pumping your hand into submission. Not letting go until every camera battery in the room is flattened.

Abbott did set the bar high in some respects. An ‘Abbott handshake’ is guaranteed to be top of the list of diplomatic no-nos for decades to come. Indeed, such was the flesh pressing exhibited by ‘I wanna hold your hand,’ Abbott that it has attracted the attention of clinicians world-wide and may in future be used in some form of stress test to be deployed by psychologists interested in researching human responses to the sudden invasion of personal space, physical over-sharing and violation of etiquette, decorum and other social norms.

Abbott’s bizarre behaviour on the first day of the G20 earned the censure of climate change experts world-wide including no less an authority than  Nicholas Stern who lamented the Australian Prime Minister’s need to successfully put political dogma ahead of the best interests of the rest of the world.’

It was, according to Stern and countless others, ‘outrageous.’ The nation’s women, meanwhile, were astonished to learn that whilst the talk-fest was underway, leaders’ wives had been escorted safely away from the realm of ideas, the dangers of controversy and the seat of power to a more feminine environment – photo-opportunities with furry animals. This acknowledgment of women’s roles and gracious concession to the more limited proper orbit of women’s perspectives, intelligence and attention spans, can only have been engineered by the Minister for Women himself, self-proclaimed ‘feminist’ Tony Abbott who has included one token woman head-prefect Julie ‘I did it my way’ Bishop in his cabinet and who continues unabated on his own, inimitable, lumbering run to fulfilment in his chosen role as his party’s gift to women, Tone, the tone-deaf piano tuner of Australian gender politics.